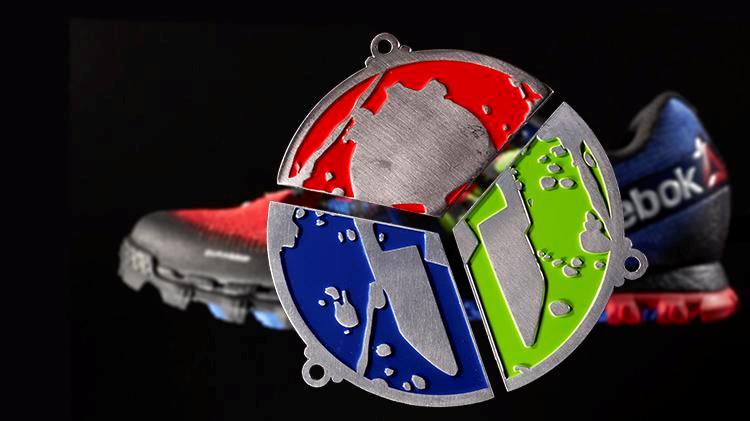 Think you can do it? Prove it!

Spartan Trifecta Tribe members are a rare breed of Spartan Racer that, in just 1 race year, they compeleted the short and fast Spartan Sprint, the longer tougher Super Spartan, and the toughest and longest of all the Spartan Beast.

Do you want to get to this prestigious club and be visible to everybody on this list? Then just injoy race right at the beginning of the season and continue so until the end.

Anyone in a given calendar year to finish all three disciplines SR = Sprint, Super, Beast and is entitled to the Trifecta medal. You do not have to attend in sequence from the lightest to the heaviest, but you can substitute. Basic criterion is to beat all three in one year. It is also not necessarily do all three disciplines in one single country. You can complete various disciplines in all countries where the SR takes place. You do not need to request for first Trifecta medal. The medal can be created with 3 pizza pieces.

Request for Double Trifecta served in the country where you plan to complete the last discipline.

Procedure to qualify on Double Trifecta :

To avoid possible misunderstandings of delivering this attractive medal, we need to know in advance the list of candidates for the Trifecta.

All Double Trifecta qualifiers who have already passed all disciplines will need to email the organizer of the country in which they intend to complete their last discipline following information:

• write in subject of email: 2xTrifecta

• Name of discipline, location and regID of the following event

BIB numbers will be checked in the results lists, not in the start lists. If we will find different name under BIB number you reported or there will not be a associated time to reported BIB number, so you will not meet the criteria for the trifecta.

The required data must be delivered by e-mail (trifecta at spartanrace dot sk) no later than 10 days before the start of the last discipline otherwise you will not receive Double TRIFECTA medal at the finish line. We are not accept any complaints concerning refusal of Trifecta medal on the day of the race.

Tripple Trifecta and other multi – Trifecta request must be sent also 10 days before the race. After approval process medals will be sent by post to the address of runners.

Attention! Each country may have different rules and conditions. The above procedure is valid for Central Europe only – Slovakia , Czech Republic, Poland and Hungary .

Lists of qualifiers for DOUBLE and higher TRIFECTAs 2015 in Central Europe can be seen on event pages of Kouty and Epleny.